John “JP” Goshgarian, is a native South Floridian having strong ties to the local community and legal profession. As a second-generation attorney, the Goshgarian family has been advocating the legal interest of the public and private sector for over 67 years in the State of Florida.

Admitted to the Florida Bar in 1992, JP had the privilege of serving first as Judicial Law Clerk to the Honorable James Lawrence King, United States District Court Chief Judge, Southern District of Florida. Following his clerkship, JP served as an Assistant Attorney General with the Florida Office of Attorney General in its civil litigation division where he represented the interest of the State of Florida, its agencies, and employees. After serving as a government lawyer, JP Goshgarian entered private practice as an insurance defense attorney defending a diverse clientele in both state and federal court defending claims of professional malpractice, wrongful death, negligence, insurance coverage, and tort claims.

A personalized law firm, JP Goshgarian Law is dedicated to representing families, individuals, and businesses who are damaged by others negligence or failure to act in an honorable, professional, and ethical manner.

Advocating and obtaining just compensation for the injured and victimized . . . JP Goshgarian, PA. 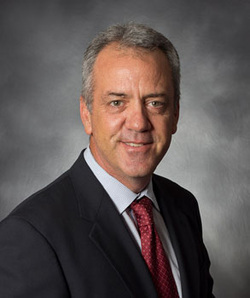 The Law Office of John P. Goshgarian proudly serves its clients with professionalism and dedication.

When legal counsel is sought, clients can expect representation that is personal, sound, thoughtful, thorough, practical, and aggressive.

The Law Office of John P. Goshgarian understands the financial burdens legal services can have on a client. Attorney fees are structured in a manner that fits the client’s needs and objectives. Some cases/matters are taken on a flat fee basis or contingency fee basis where no fees are paid unless a recovery is obtained in the client’s favor.

We are thankful to every client as we depend on you for our success. Your cause is our cause.

We have a passion for the law and for achieving, practical and just results for our clients.

3.We Focus On Fit

A team approach is employed where the attorney and client take on a collaborative approach from inception to conclusion that personalizes and fits each client’s specific need.